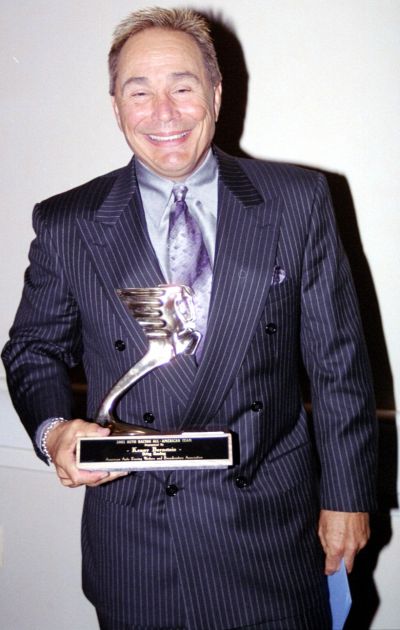 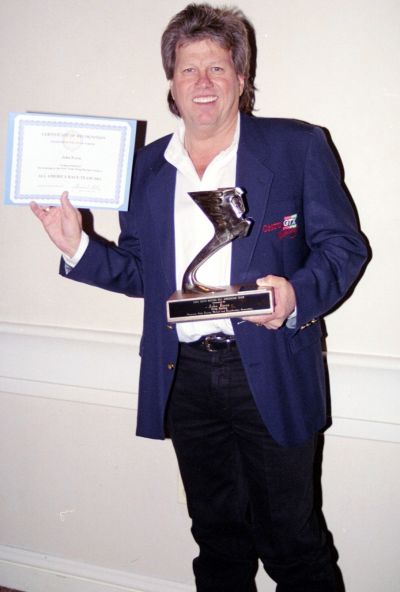 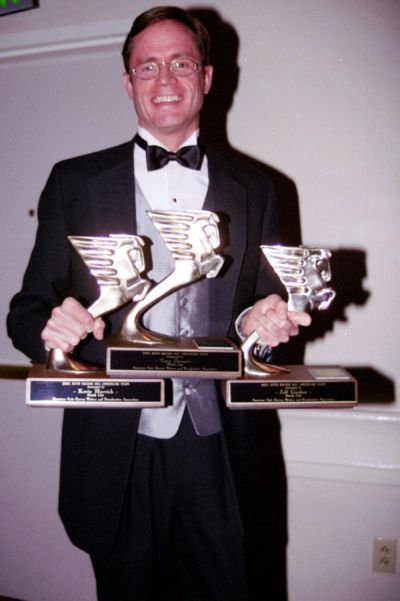 Rob Copeland of NASCAR picked up three Horsepower awards for drivers from his sanction organization.

All photos by Art Flores/IMPAC for AARWBA


The 32nd Anniversary Auto Racing All-America Banquet was held on January 12, 2002 at the NHRA Museum and the Sheraton Fairplex in Pomona, California. Members of the racing news media met to honor the drivers cited for their efforts during the 2000 racing season.