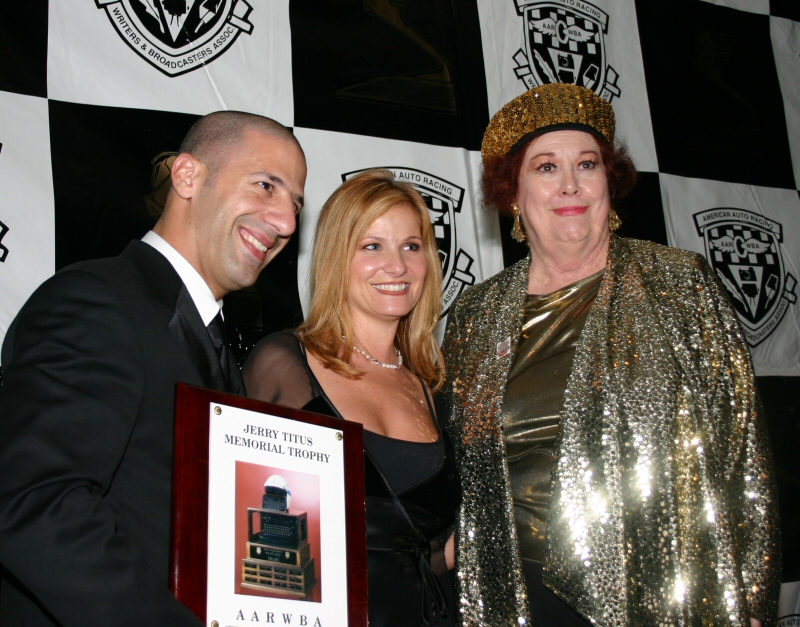 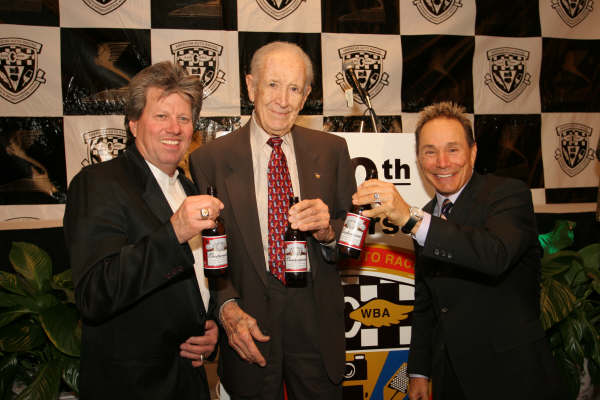 (l-r) John Force, Wally Parks and Kenny Bernstein celebrate their nominations for "Newsmaker of the Half-Century" 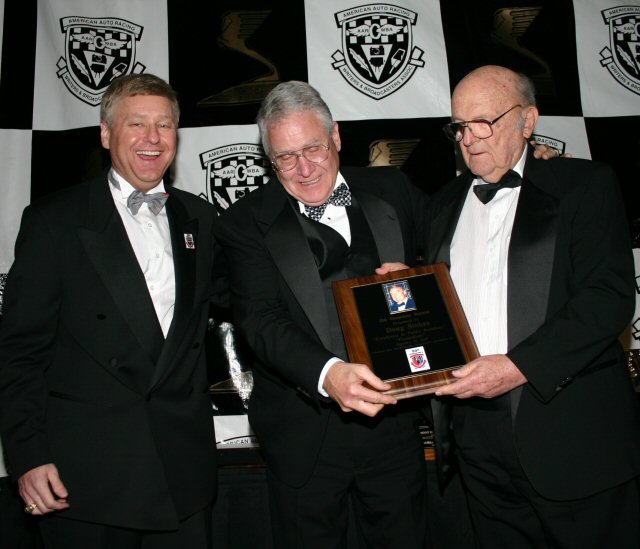 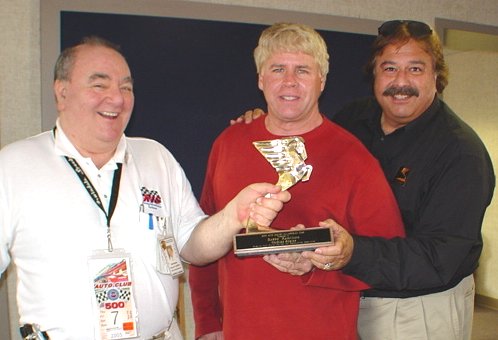 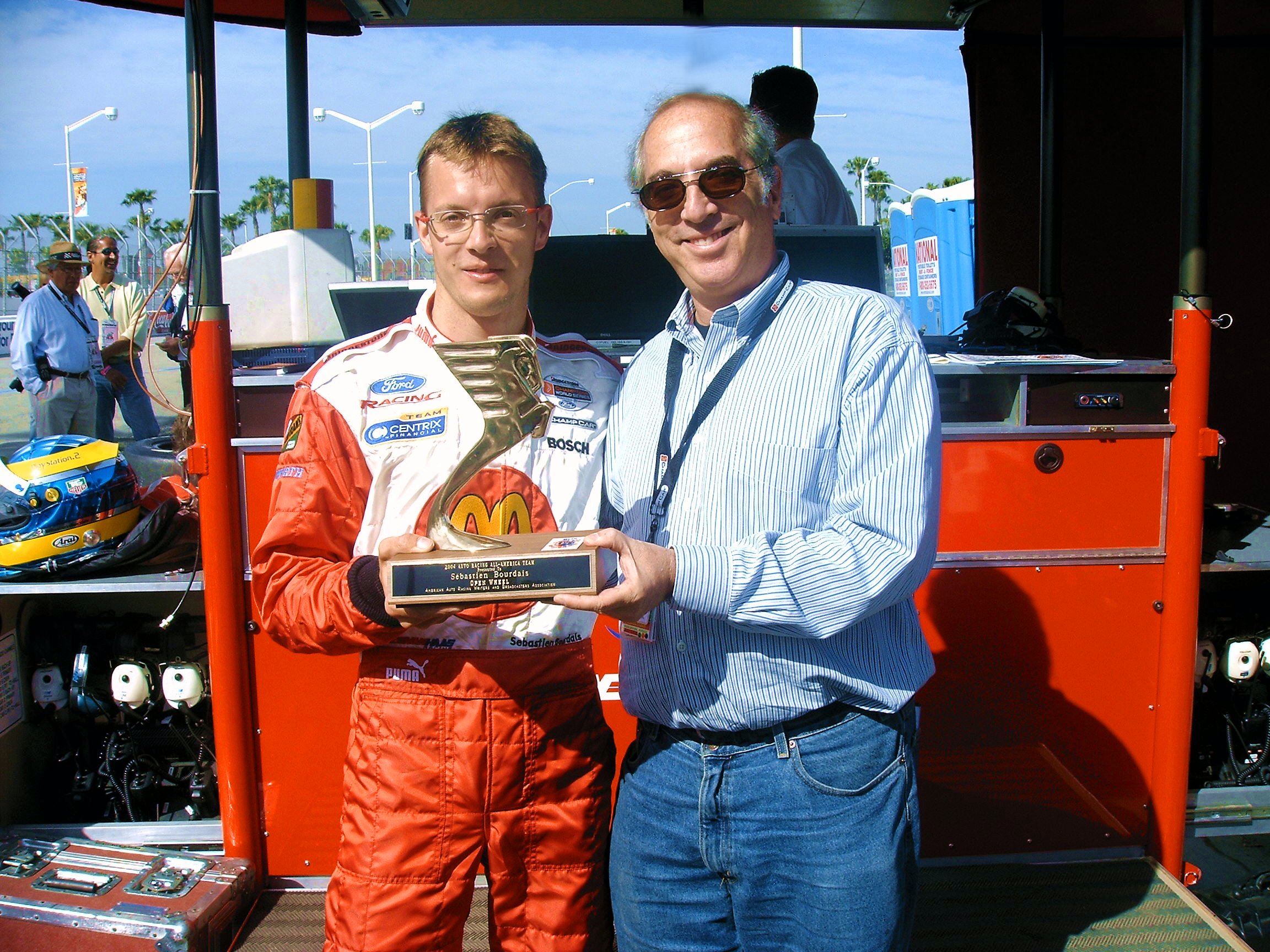 Special Honors
AARWBA's Pioneer in Racing Award was presented to Kenny Bernstein. Bernstein captured six championships during his career and is the only driver to earn titles in both the Top Fuel and Funny Car classes. He became the first driver to make a 300 mph pass in 1992. Although he retired at the end of the 2002 season, Kenny returned in ’03, following injury to son Brandon. Bernstein-owned teams also won in the NASCAR Cup and CART open-wheel series.

The 12 nominees for AARWBA's "Newsmaker of the Half-Century" were announced and the Jim Chapman Award was presented to Doug Stokes. For more information, please visit the 50th Anniversary Celebration page

The 35th Anniversary Auto Racing All-America Banquet was held on January 15, 2005 at the Wally Parks NHRA Motorsports Museum, presented by the Automobile Club of Southern California in Pomona, California and the Sheraton Fairplex Suites. Members of the racing news media met to honor the drivers cited for their efforts during the 2004 racing season. It's one of the few banquets in the racing industry that's open to the public.

A reception sponsored by Budweiser began at the Wally Parks NHRA Motorsports Museum at 6:15 p.m. PST followed by dinner at the Sheraton Fairplex Suites next door at 8:00 p.m. PST.